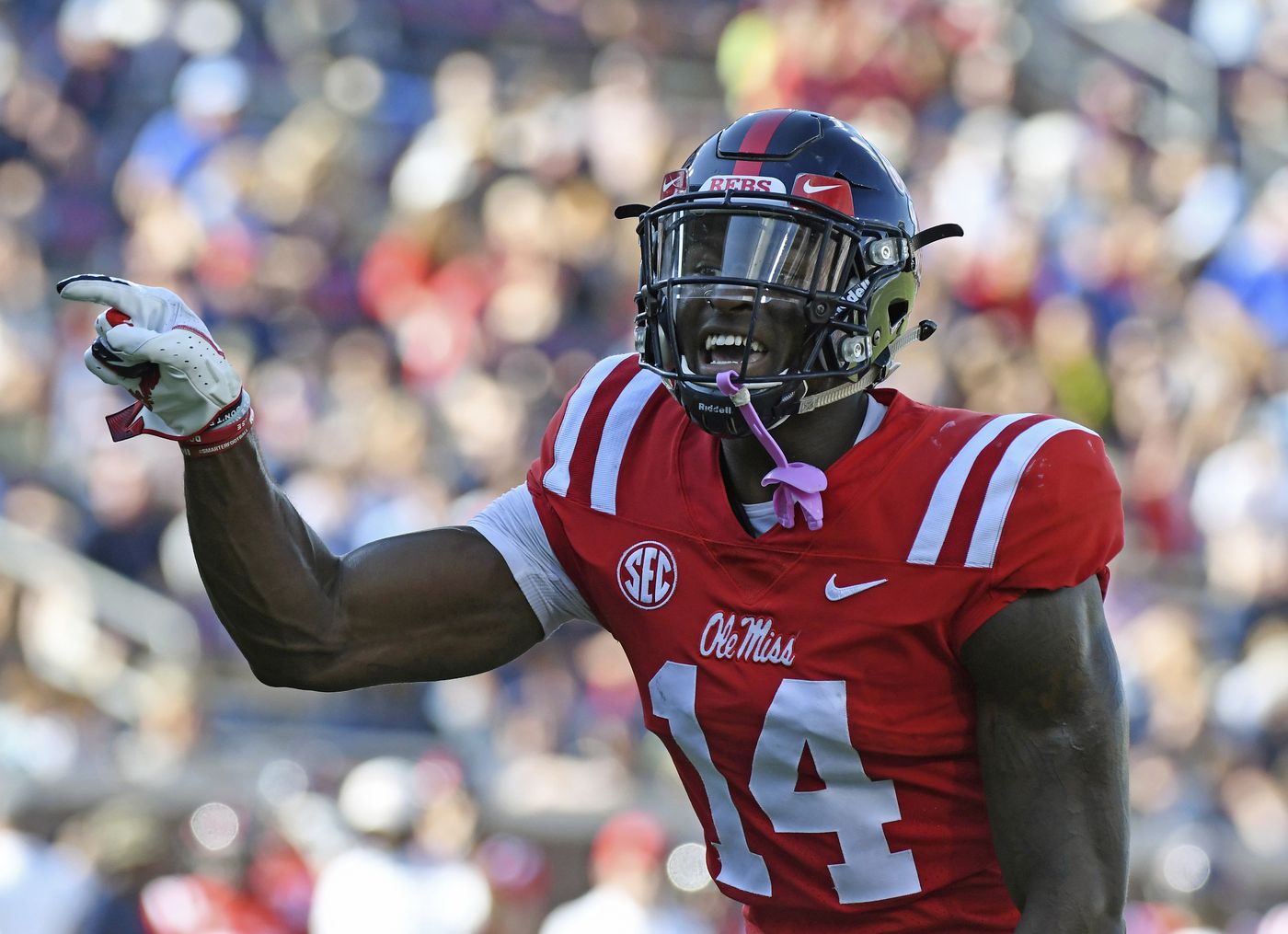 The Buffalo Bills come into this draft season with not a lot of needs. Brandon Beane has done a tremendous job at filling depth with some lower level starting NFL caliber talent. The Bills to this point has signed 18 players total, and 14 of them on the offensive side of the ball. Everyone and their momma know that if the Bills are missing one solid piece and that’s a surefire, dominant, HEAD HUNCHO wide receiver (in my Quavo voice). Before you click away and read another article, hear me out on why I believe DK Metcalf could be in play for the team at 9. He’s a 6’4, 4.3 40 deep threat that you cannot ignore at the line of scrimmage. These are intangibles that aren’t taught. He’s been around the game his entire life, seeing how his dad and uncle had good NFL careers. Yes, we know he blew up the combine, yes I know that he didn’t have great stats at Ole Miss. Yes, I hear that he doesn’t have the cleanest bill of health. Yes, the Bills have been down this road with using a high pick(s) on a WR (cough/Sammy). Yes, we also know that he was a lot of times, the third option in that offense… GOT IT.

There are a lot of reasons why I could agree with all of those points mentioned above and we also have to consider that he didn’t have the best QB throwing him the ball and quite frankly, he’s a very limited passer. On top of that, Beane likes his project type of prospects. Look no further than his time here in Buffalo. Kelvin Benjamin, straight bust! but most notably Josh Allen and Tremaine Edmunds ring a bell as high ceiling, high reward type of players. Eric Moulds on “One Bills Drive” said something today that really caught my attention and if you listen to our podcast you have heard me say things similar to this before. Moulds says, “If he can get off the bump and run, he (any WR) can be successful because you can teach him how to run routes”. Its well known that DK isn’t the most polished route runner but its a part of his game that he can learn.

Metcalf shows great control and power in his release, it’s going to be very hard for corners to steer him in a direction that he doesn’t want to go. Combine that with Josh Allen’s knack for throwing the deep ball and knowing that defenses have to account for the entire field on every single snap is going to give defensive coordinators fits. Also, think about how Brian Daboll completely changed his philosophy mid-season to accommodate his Qb, and the smaller, quick-twitch receivers, you’d have to think about what D.K. could do in this offense. You could essentially give him 3-4 routes, 9 (go route), post, curl, and what will be money is a slant. Think about trying to tackle that man coming at you with a head of steam?!? yeah… I’m good. Now, he isn’t my first choice but I believe that Hock, Oliver, and possibly Jonah Williams will be off the board at 9. This year’s draft has about 6 elite talents and IMO they are Oliver, Quinnen Williams, Bosa, T.J. Hockenson, Devin White and D.K Metcalf. My logic here for the Bills would be if the board has one of these guys sitting there, you have to have THAT conversation. On offense Hock’s my first choice because he gives you so much on 3 levels: run game, pass catching, blocking. For a young QB, a good TE is essential for growth and think about how Daboll and the Patriots used Gronk. So… he’s gone, but DK will be sitting there waiting for someone to take a chance and don’t be surprised if Beane pulls the trigger.